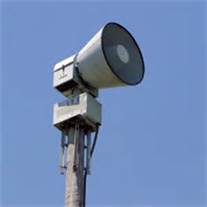 Nope….I am still “not there.”  I still have not gotten used to living in middle-earth.  Nearly every day I think about “my ocean” in Southern California; the long runs and bike rides in perfect weather and virtually nary an insect in sight for eight years.   How is it possible to be blissful here in middle earth?  It is more of a challenge than I originally thought it would be. I’m not doing very well at this whole finding bliss thing.  I thought I’d snap out of this funk by now but I am still “not there”….not even close.   Yesterday’s severe weather in our area didn’t help my state of mind either.  I kept the radio on and listened with distress to the approaching weather system calling for tornado, high winds, and torrential rains.  The tornado warning siren sounded in Decatur (just 28 some miles from Huntsville) and not long after in nearby Madison (even closer!)….that’s enough to get the old ticker pumping rapidly…..very rapidly.

Thunder and lightening sent Brando-puppy running for cover and me right behind him.  With my iPad in hand I followed him into the bathroom and sat on the floor with him trying to soothe his shaking and panting while I attempted to finish a Netflix movie (to calm ME).  I called hubby at one point just to hear his voice.  Minutes later he sent me a text  saying he and his office mates were being directed to the first floor–away from windows–following their storm safety protocol.  Just peachy!  Heart is beating a little faster now.   I’m feeling just a tad vulnerable here since we don’t have a storm shelter.  I think of the unfriendly neighbor across the street who has a fabulous Fort-Knox version of a storm shelter….should I invite myself over?  Last time I went to her doorstep–in October– I had cupcakes for her kids.  I received a perfunctory “Thank-You” and not a peep since.  Sigh.

Well Brando puppy….it is just you and me kiddo!  I decide that the wine closet (partially “fortified” under the stairs) is as good as its going to get for us.  I draw a step stool into the tiny space and am amazed that Brando followed me into the closet (he won’t even get his squeaky ball if it rolls into that space!).  He sits curled up at my feet, still shaking and panting as the wind blows fiercely outside, the tall trees all around the yard doing back-bends, and the rain is beating the tar out of the earth!  A flashback –fifty years ago– pops into my head….I’m in Okinawa and a typhoon is pummeling the island.  I call my sis and am so relieved she picks up on the second ring.  I tell her whats going on and she calms me. Then she makes me laugh…almost falling off the little step stool I’m sitting on.  “Well, while you’re there” she says, “You may as well open a bottle of wine.”  Brilliant! I do have the best sis in the entire world.  “What a great idea!” say I….

The weather event passes (a good hour in total).  Brando-puppy is over the moon (as I am) when Doug walks through the door, early from work.  It’s time for ANOTHER glass of wine baby!

Nope…I cannot say I like this place at all.  But the wicked moment passed, as they all do, and the night went on.  And typically, there is the calm after the storm….

I ditched the gym in favor of a walk with Brando-puppy in the brisk morning temps under a beautiful blue sky.    Just for this moment there are no bugs and it’s not ridiculously humid….just about perfect in fact.

One thought on “Still Not There…”