Yesterday was an expletive kind of day. A day that made me long for Southern California….or, truthfully, anywhere but middle-earth. It’s because of those damned dogs….I call them “redneck dogs.” Mind you, I love dogs (my poodle, for one, is my furry, four-legged love of my life). Yep…I have no trouble with dogs….when they are nice…well-behaved…and ideally, WHEN THEY ARE NOT OUT TO ATTACK ME.

The day started out early…very early… as Rocket-man had to be out the door by 4:30 a.m. to catch a flight out-of-town. Despite the early wake-up, I was feeling pretty chipper since I was excited about joining a group of folks for a 40-mile cycle ride. The weather was perfect…a lovely autumn morning…when I drove into the parking lot to meet the other cyclists.

There was one fellow in the bunch; a nice guy who seemed über-knowledgeable about all things cycling, and four other lovely ladies besides myself. After a brief discussion about the proposed route, which would include a steep climb up Butler Hill, we set off.

As we cycled, I was silently debating with myself as to whether or not I would attempt the climb. Given the fact that I had cycled all of eight times since the year began, not to mention the abysmal state of my knees, I wasn’t sure I was up for the challenge. I had just convinced myself to save the climb for another day when out of the blue, about five miles into our ride, two large dogs came running from seemingly out of nowhere, determined to get a piece of one of us. The memory of being attacked by a Basset Hound two years ago is fresh-as-if–it-were-yesterday in my mind.

I know. I know…A Basset Hound you say? Google attacks on people by Basset Hounds and daresay you won’t find one.  I should probably document my experience on Wikipedia or something.  Anyhow, stop laughing….it was not funny at the time!

So, naturally, as the dogs came rushing towards us, I am seized by a NOT-SO-IRRATIONAL OVERWHELMING FEAR. I am yelling “NO,NO, NO!” 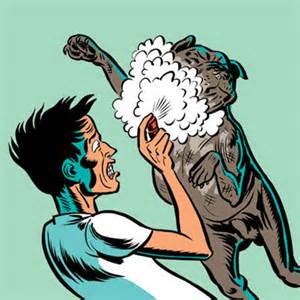 The lone fellow in our group happened to be in front and in one swift move he pulled out what looked to be a water bottle from his jersey’s back pocket. In a flash, a voluminous cloud of red gets sprayed directly at one of the charging dogs. The dog backs off for a second or two. But now the dog is clearly pissed off and decides to not retreat.  Lovely.

I was the last in line, literally peddling like a maniac, when the dog decides to pick on me. Yes…ME!  He’s barking wildly now and comes within a breath of my left leg. I managed somehow to stay upright!   I was petrified and screaming like nobody’s business until….

My eyes began fiercely burning. My face felt like it was on fire, as if I had just fallen into a lava-spewing volcano. My lips were also burning, and more worrisome, my throat started closing up.

I’m still peddling like a maniac as I say to my cycling buddy, coughing and choking as I got the words out, “My eyes are on fire; he used pepper spray didn’t he?!”

Um…that would be a yes.

As soon as we were out of range of the dogs we all stopped. My cycling buddy offered me her water bottle. I attempted to flush some of the stuff from my eyes but it honestly wasn’t very effective. I would have needed a hose with a good fifteen minutes of running water to flush the pepper spray from my eyes. The fellow doubled back on his bike as he could see I was in distress (not to mention the three other women among us, who, interestingly enough, all experienced different reactions to the oleoresin capsicum cloud).

I could barely see the guy through the haze of tears and his bright neon-yellow jersey was nearly blinding my burning eyes.   “Oh sure,” I replied, trying not to be wimp…or, more importantly… trying NOT to say something to him that I would sincerely regret. “But…um… this proves the point I’ve made several times to folks since I’ve moved to redneck dog country… that pepper spray is not a good idea for use on dogs when you’re on a bike. There was enough of a breeze to affect all of us downwind.“

My cycling buddy asked if I wanted to turn around and quit the ride. It would have been easy to do since we had only cycled about five miles.

“No,” I replied. I think this stuff will work itself out quickly, right? I’m good. I want to ride.”

Hah. Little did I know.

Two and a half hours later, still cycling, I’m still on fire! And, despite the life-saving cool air upon on my face, I still felt like my face was covered in teeny-tiny blisters. My eyes, according to my cycling buddies, were bright red and every tear may as well have been acid being poured into my eyes. It’s a good thing I was wearing long sleeves otherwise my arms would have been on fire too (Ah yes….there’s always a silver lining folks!).    Extreme sensitivity, I might add, is part of the curse of being a fair-skinned red-head.

So, I finished the ride….AND…I climbed most of Butler Hill; I’ll admit to a brief dismount (only one expletive over this, I’m almost proud to say) walking until a found a bit of flat before mounting again to finish the climb. There was not going to be a hint of wimp in this woman today.

When I got home I made a bee-line to the shower. Even after three and a half hours I my eyes were still red and burning.

Gee whiz, I thought to myself. I should be feeling better by now.

So, inquiring minds want to know…as I sure did…. how to counter the effects of pepper spray. And yes, I learned that not everyone has the same reaction to pepper spray. Check out this link if you’ve got nothing better to do on a Sunday afternoon: http://www.pepper-spray-store.com/pages/antitdote .  Just scroll down the menu on the left hand side of the page and click on Pepper Spray Antidote.  Everyday it’s good to learn SOME THING!

So, aside from flushing the affected areas with LOTS AND LOTS of water, some remedies include a solution of Dawn detergent with 75% water to remove the capsicum oil from the skin, while another immediate remedy is applying whole milk to the affected area.

As I recounted the events of the day via phone to Rocket-man later in the afternoon, he offered this PhD advice: “Milk? Well then you need ice-cream and you need it now! Eat some ice-cream sweetie so that your throat will feel better.” 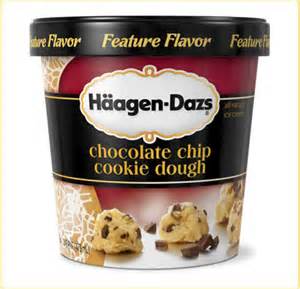 Just What The Doctor Ordered!

One thought on “Another Redneck Dog Day…..”