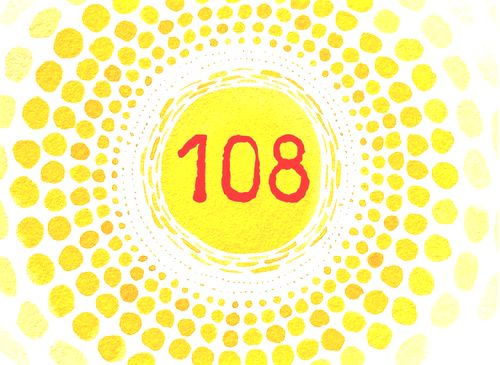 I got a late start on walking The Poodle this morning. Sleep eluded me well into the wee hours of the morning. In a jolt I was up at 6:30, a good hour and a half later than my usual time. In fact, I nearly fell out of bed in a rush to attend to our house guest. That would be the very one who was pacing with pitter-patter perkiness in our room, nails tapping in a sort of syncopated beat on the wood floor as she paced about between the hall and bedroom.   Oh my!  How could I have forgotten that Nica (that would be my sister’s pooch) is still with us for the long weekend?   My old boy, The Poodle, barely opens one eye.  He’s curled up into a tight ball in his bed.

“Nica needs to go out ASAP,” I all but croak in my before-caffeine voice to Rocket-man as I reach for my phone and watch.  He still appears out for the count, as he should be given he’s enjoying a few days off.

I hear his soft groan of acknowledgement and breathe gratefulness that he’s going to do the first walk of the day with Nica.

Over coffee I check for messages.  Still nothing back from my son, I note.  I sigh deeply.  I had called two days ago.  He didn’t pick up (and I didn’t think he would).  Still, I left a message.  I sang Happy Birthday, and wished him the best on that September 1st day, his 36th birthday.

Later that morning I rolled out the yoga mat and inexplicably, without two moments thought, decided on something different from my usual practice: 108 Sun salutations, the graceful sequence of twelve poses or asanas called Surya Namaskar.

Good grief.  Where did that come from!? I thought as I stood at the top of the mat.  I’ve only done 108 sun salutations once and that was nine years ago in a tiny studio overlooking the ocean in Southern California.  Typically the practice of 108 sun salutations is reserved for the change of seasons (think solstice or equinox).  It’s physically challenging enough when you perform three or so sets in a typical Vinyasa class; 108 is well, akin to a marathon.  108 is a sacred number in Hinduism and Yoga.  There is also a spiritual significance to the number 108.   For example, there are 108 beads on the catholic rosary and on a strand of Tibetan prayer beads.

As I stand facing the wrong direction (eastward is recommended) A little dialog inside my head ensues:

So, you know you haven’t even had breakfast.

Okay, I know. So actually that is better. It’s advised to practice on an empty stomach. Check.

What about the dogs?

Yes, I know….I’ve got to do this practice slowly, purposefully, mindfully and with NO DISTRACTIONS.

I’ll close them out of the bedroom. Check.

What if your daughter texts you?

Phone on airplane mode. In fact, take off your Apple watch too.  Remember, NO DISTRACTIONS.  Check.

And just WHY again after all this time are you considering this?  The autumnal equinox is still weeks away don’t you know!?

So….my kind seven readers, I’m sure you will understand.  It’s my son’s birthday and my mood is blue.  I’m overdue for a calming mental shift. Estranged we remain despite ten months of him living in my basement.  Nothing seemed to appreciably alter our estrangement.  Not praying, nor purple minion head-popping moments, nor outpourings of love, nor soulful tears…not even family gatherings helped much.  Nothing changed. Well, except my heart is heavier over this second-time-around gentle boot out the door.

And so, with the dogs in another room thankfully slumbering away, I dedicate my practice to the boy I labored nearly twenty hours to bring into the world.  I still pray that he will find his way.

I select music from Spotify to help me through the practice; it’s my Dreamcatcher playlist.

As I move through the poses inexplicably I’ve got images before me which I haven’t “seen” for quite some time.  I’m at the Army hospital laboring to bring my baby into the world.  The nurse attends to a screaming young woman several beds away from mine.  She’s all of seventeen, if that.  I recall my judgemental stare.  It’s obvious she didn’t prepare for the miracle about to unfold!   Even the nurses are impatient with her; she is not cooperating on any level.  I’m doing my best to breathe through contractions and remain calm through her screams and saltier than a sailor expletives.  I’m starting to tire and am fighting the urge to ask for drugs (I eventually caved to an epidural after more than sixteen hours).  At some point my husband stepped out for coffee and my mother comes into the labor suite.  A nurse tells me that she’s not having success with the external fetal monitor.  “We’re going to have to monitor your baby differently now,” she says as she prepares me for the internal fetal monitor. I knew what that entailed.  I had done my homework. My mother barely lasted two minutes in the room.  With a dramatic wave of her hand she announced she was leaving and heading for a good bourbon on the rocks.

How vivid still, that stab of disappointment.  Yet again she could not offer even a smidgen of nurturing support, not even during the birth of her first grandchild.  The sting was over in a flash I recall.  In fact, I was immensely relieved.  But it would be many years before I understood why.  I would have been invisible; If she would have stayed in the room it would have been all about her.

Focus! shouts a voice in my head. What number am I on?!

And then the strangest sensation overcame me, somewhere around my 30th sun salutation.  As I slowly lowered into chaturanga a song from my playlist punctured thoughts of my son, literally stopping the video of him that was playing through my mind as I inhaled and exhaled through each pose.  It was a song from Coyote Oldman’s album Under The Ancient Sky.  Whoosh! I was transported in time…it’s now four years ago in Carefree, Arizona.  I am at my mother’s house.

Every morning before the sun peeked through the tallest saguaro on the eastern hills I would step out the door for my morning walk-jog.  I’ve no doubt that the task of caring for my mother for over three months would have done me in completely without this morning ritual that became sacred to me.  It was Coyote Oldman’s music that soothed me through four miles of gently rolling hills among cacti, saguaros, coyotes, Javelinas and other Sonoran desert creatures.   The song New Worlds was the first in that playlist.

As I exhale into uttanasana (standing forward fold) I may as well be in my mom’s driveway…I am there, gazing at the rising sun.  It’s still cool in the early morning and yet I walk tentatively down the long pebbled driveway on the look-out for rattlesnakes.

Stay on task girl…..you’re on number thirty-two, I think.

Just great.  So now thoughts of my mother, gone two years now, invade my yoga mat.  Images of her tirades during those difficult months morphed into other memories that reached as far back as when I was ten years old.

My breath becomes labored, more pronounced, as I worked to shake thoughts of her from my mind.  I do not want to lose my asana count nor the fluidity of the practice so I start to whisper my poses:  “Inhale, circle arms up to reach the sky, exhale fold….inhale flat back….exhale step/jump back into chataranga dandasana, inhale, upward facing dog, press back into downward facing dog….five breaths….

It was in that flow, to the cedar flute of Coyote Oldman, that somehow my mother came to me.  It was a surreal, supernatural experience that perhaps lasted a minute or two.  Honestly dear reader, I am still trying to process it.  It was as if my mother and I were one.

Oh man…this is weird.  Perhaps I should have eaten breakfast!  I stupidly forgot to bring a bottle of water to my mat.I would not allow myself to step off the mat.

Tears escaped the corners of my eyes as I held to the rhythm of my practice.

The feeling of her presence was intense.

“Are you here mamma?”  I whispered as I stepped back into downward dog.  Exhale…No answer.

“I feel your presence.  Why? Are you here to set things straight?” I whisper through tears now streaming down my face.  No answer.

But I begin to feel an answer…of sorts.  As “we” move through the poses she is exceptionally serene, a trait she never possessed while living.  I feel her amazingly youthful; her bronze skin is smooth, wrinkle-free.  Can it be that she wants to finally bond with me through this yoga practice…and that maybe, just maybe…she wants to feel its benefits too.  How I have advocated for years that she give yoga–any activity for that matter–a try; all failed attempts to get her to manage her bouts of depression, anxiety and mobility issues.

“I wish it would have been better between us.  Did you ever love me mamma?   What do you want to tell me?”

“No more walking on eggshells mamma.  Is it here and now, on this mat, that I can be brutally blunt with my questions?”

And poof…she was gone. Somehow, I managed to keep it together.

Bathed in sweat, the feeling that remained on my mat was pure peace.  Wow.

108 Sun salutations; a cleansing like no other!  In any other situation I probably would have freaked over this visitation of sorts.  The magic of it still affects me days later.

Inhale, exhale….There is bliss in that.